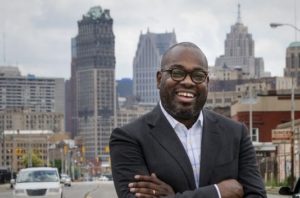 Stephen Henderson is an American journalist who won the 2014 Pulitzer Prize for commentary and the 2014 National Association of Black Journalists Journalist of the Year Award while writing for the Detroit Free Press. A native of Detroit, Stephen is a graduate of the University of Detroit Jesuit High School and the University of Michigan. Since 2015, he has been the host of “Detroit Today” on WDET. In 2020, he founded BridgeDetroit, where he serves as Executive Editor. He has worked for the Baltimore Sun, the Chicago Tribune, the Lexington Herald-Leader and Knight Ridder. Henderson is co-host of One Detroit and host of American Black Journal on Detroit Public Television.

About The Civility Project